Auditors will require more information on non-standard investments in future

Auditors will require more information on non-standard investments in future 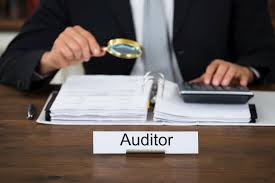 Concerns about the new provisions for non-arm’s length income have intensified following the outcome of recent litigation cases, particularly in the SMSF auditor community, says an industry lawyer.

Speaking to SMSF Adviser, Argyle Lawyers managing principal Peter Bobbin said it is still unclear how the new non-arm’s length expense provisions will operate and recent litigation cases involving SMSF auditors have added further concern, because they have shown that where auditors don’t identify the problems, they will be found liable.

The Cam & Bear Pty Ltd v McGoldrick case was a decision by the NSW Court of Appeal, which ruled that the auditor was negligent in failing to make proper enquiries as to the recoverability of certain investments held in the fund and report back to the trustee.

There has also been a second case more recently, Ryan Wealth Holdings Pty Ltd v Baumgartner, which similarly found that the auditor’s failure to detect irregularities in the fund over a number of years and this meant that the SMSF trustee was unable to redeem money lost on a series of unsecured loans.

“What the Cam & Bear decision tells us is that it’s an issue for every style of investment. Any private investment is a problem, whether it’s a private loan, private mortgage, private company shares, they’re all problems for auditors,” said Mr Bobbin.

“Whereas before, the problem was limited to does the investment exist and does the carrying value appear reasonable, but now they’ve got to make deeper enquiries with personal professional risk as a threat.”

“Again, where do the auditor’s responsibilities start and stop?”

Auditors have expressed a fair bit of concern about the Cam & Bear case, he said, and determining what will sufficiently reduce risk for the auditor is difficult because each case is dependent on specific facts.

“What it might do is kill the cheap audit. Auditors will need to extend their investigations and that’s time consuming. That is a big issue and a lot of people are talking about that,” he said.

“It is quite worrying for auditors and I think audits for the 2018 year are going to be quite problematic.”

SMSF Alliance practice principal David Busoli also agrees that these two recent court decisions may “herald a rise in SMSF audit fees”. In both cases, Mr Busoli said the trustees willingly entered into investments in private arrangements that they did not understand.

“The auditors were presented with accounts that did not adequately describe them. Because the auditors did not make sufficient enquiries as to the nature of these investments, and so did not qualify the accounts, they were held to be primarily liable for the losses incurred,” he said.

“No doubt auditors will require more information on non-standard investments in future and their professional indemnity insurers will be considering these developments with interest. We can also expect to see a significant increase in qualified audits.”