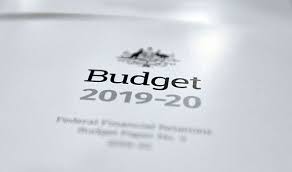 Beyond the big-ticket tax cuts and cash handouts, the federal budget had important proposals and promises for SMSF professionals. SMSF Adviser rounds up the measures that matter most to the SMSF sector.

BDO partners, business services, Chris Balalovski said that the headline measures for superannuation in the 2019–20 federal budget, which were previously announced in the lead-up to budget night, were the measures allowing greater flexibility around making contributions by older individuals.

Mr Balalovski noted that they are limited to individuals who are 65 and 66, which means only an additional two years in age increment in respect of two of the measures and up to age 74 in respect of another.

“There aren’t too many individuals in Australia who will satisfy the criteria and who have the available money to be able to make the contributions at that point in their life,” he said.

“So, it’s very welcome and a step in the right direction with flexibility in super, but it only applies to a limited group.”

Mr Balalovski said that the few superannuation-related changes in this year’s budget are a reflection of where the superannuation sector has been at in the past several years, with professionals and super members fatigued by the constant changes made by both sides of politics in regard to super.

“Given the current proposals for the removal of the refund of excess imputation credits which will impact on SMSFs, it’s probably no surprise that the government is treading very cautiously and slowly in regard to any further changes to super,” he said.

“That’s welcome by the industry as well, because it gives contributors and savers a greater degree of certainty that their plans won’t be disrupted in any significant way by any further measures which has been the hallmark of the past several years with regard to super.”

Fitzpatricks Private Wealth head of strategic advice Colin Lewis agreed that, given the upcoming election, there was never going to be “wholesale changes at this late stage in the game”.

“There was only ever going to give a few favourable tweaks around the system which we’ve seen,” Mr Lewis said.

It also announced a proposal to allow superannuation funds with interests in both accumulation and retirement phases during an income year to choose their preferred method of calculating exempt current pension income (ECPI).

It also plans to remove a redundant requirement for superannuation funds to obtain an actuarial certificate when calculating ECPI using the proportionate method, where all members of the fund are fully in the retirement phase for all of the income year.

One of the less positive developments for the SMSF sector was a proposal to expand the SuperStream rollover, as it is expected to delay the extension of SuperStream to SMSFs till 31 March 2021, from its current commencement date of 30 November this year.

The government also announced that it will provide $42.1 million over four years to the ATO to increase activities to recover unpaid tax and superannuation liabilities.

ASIC and APRA were also provided with additional funding aimed at strengthening their effectiveness, which some fear could lead to a rise in levies and compliance costs for licensed advice firms.